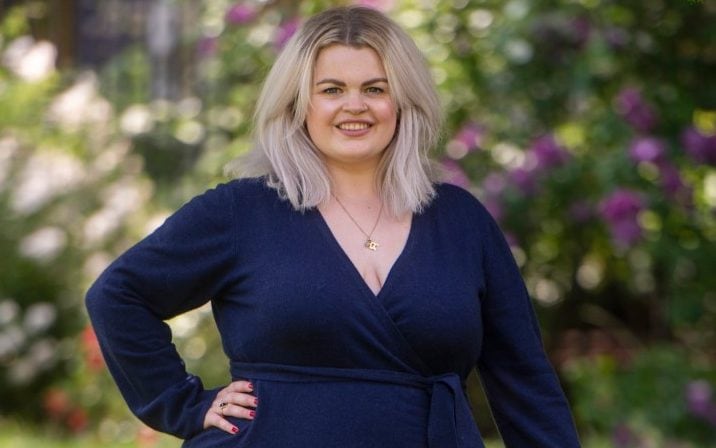 When my boyfriend said he’d like to buy me a designer dress for our anniversary, in a bid to help me to be kinder to my body and more accepting of it, I was at first pessimistic. “They don’t make designer clothes in my size,” I said, before quickly changing the subject in a bid to swerve any painful conversations. But he surprised me, and did some research of his own, finding a website called 11 Honoré [founded in 2017] that stocks designer clothes exclusively for plus-size women.

What a revelation! I spent hours poring over the site and sharing links before settling on a Diane Von Furstenburg dress. It wasn’t an easy decision (imagine being given the keys to a castle and being only allowed to go into one room), but in the end I decided this beautiful cashmere piece would not only last forever (important) but would remain stylish even as the winds of fashion changed throughout my life.

It’s hard to describe what I felt when it arrived; accepted, included, lucky and loved. To others it might seem purely materialistic to find inclusion in an expensive dress that fits my body, but to me it felt like being invited into a warm house after years of longingly looking through the windows while shivering out in the cold.

It’s a relatively small shift for fashion brands to make, but one that can make a world of difference for people like me, whose relationship with fashion has been a contributor to the shame they feel about themselves and their bodies.
My hope for other women like me is that this is the start of something. That soon designer options will be available to any woman who can afford them, regardless of their size. I am unlikely to have the budget to buy a full designer wardrobe, but it certainly would feel nice to be able to day trip into the world of high fashion from time to time, and at the very least, to know that there’s space there for people like me.

Seven fashion moments from the G7, from a message on

Sustainable fashion on a budget