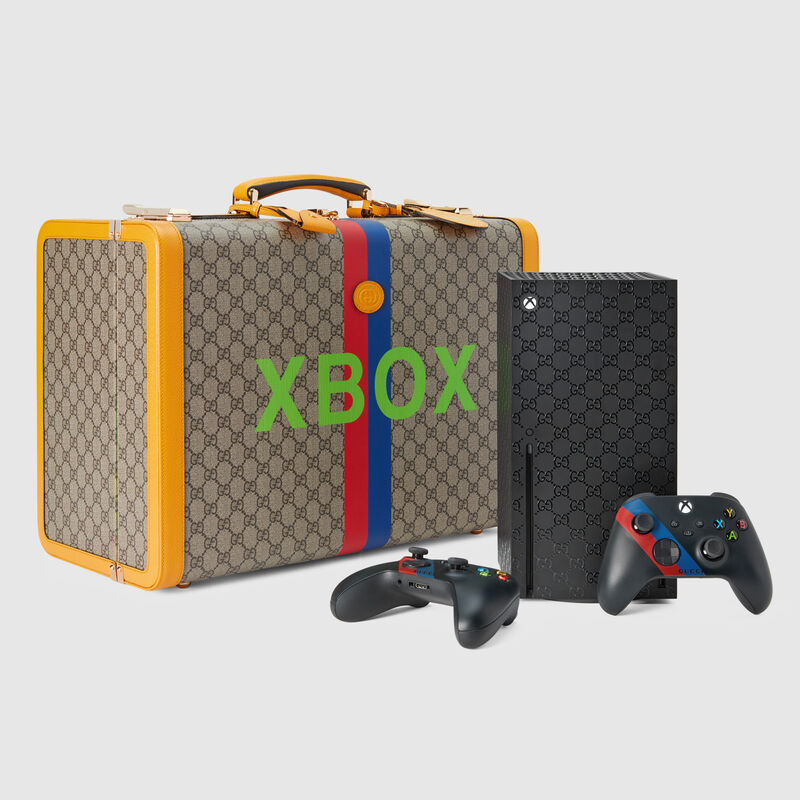 ‘Xbox’ has a history of delivering branded gaming consoles whenever there is a fitting opportunity.

This time, ‘Xbox’ has teamed up on its 20th anniversary to partner with ‘Gucci’ on its 100th birthday to deliver a beautiful line of limited-edition goods. Most notably, there will be 100 numbered ‘Xbox series X’ consoles that feature a laser-engraved ‘GG’ pattern derived from Guccio Gucci’s name.

Each console will also come with two carbon-black wireless ‘Xbox’ controllers featuring a red and blue ‘Gucci’ stripe, as well as a sturdy ‘Gucci’ carrying case for the lavish ‘Xbox’ and its controllers. The carrying case features a beautiful pattern akin to the ‘Gucci Supreme’ canvas, with a beige base featuring a golden leather trim, a blue and red stripe around the middle, and ‘Xbox’ written in large, green letters on the top of the case.

The bottom of the case has the phrase ‘Good Game’ in bold green, which is a clever utilization of the ‘GG’ from ‘Gucci’ and the common phrase used in video games.

Whether a gaming fan, a collector, or a fashionista, this collaboration has an exciting surprise for everybody lucky enough to grab one.

Bipasha Basu’s neon love at Maldives, in kaftan and poncho,

Invest In These 5 Baguette Bags Like A True Gen-Z