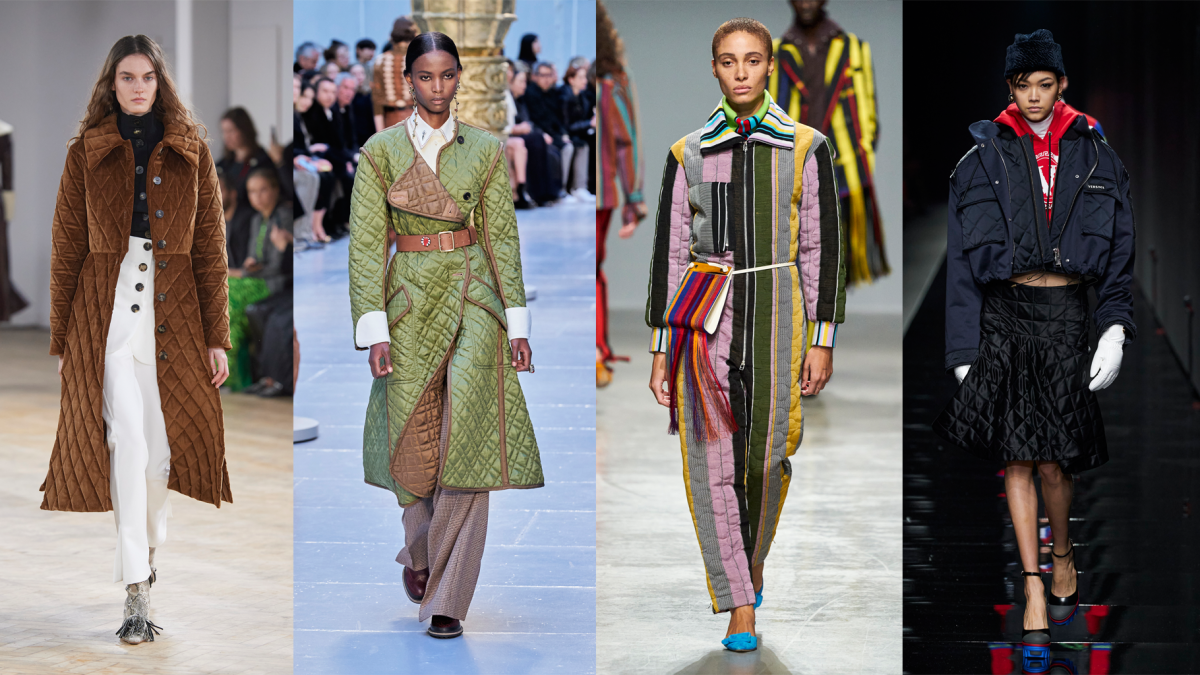 The fashion industry can only ride the streetwear wave for so long before it starts to feel less special — or practical, even. Designers might be feeling that, judging from the collections they’ve been putting out over the last few seasons, which increasingly take inspiration from popular crafts and textile traditions.

For Fall 2020, the focus has been put on quilting. In New York, we spotted it at Coach, on a beige leather jacket. Then as we moved across the pond to London, more padded outerwear came out of the fall debuts from Awake Mode and Burberry. (The former showed a velvet quilted coat, while the latter gave the homespun jacket an air of sophistication with masterful tailoring.) Over in Milan, Salvatore Ferragamo perfected “duvet dressing” for minimalists with subtly puffy looks and Versace appealed to glam school girls with a sporty quilted skirt. References to the craft continued in Paris with the patchwork-heavy offerings from Koché. a belted coat at Chloé and a colorful boiler suit. at LVMH prize finalist Kenneth Ize’s fashion week debut.

See how designers referenced the classic craft below.