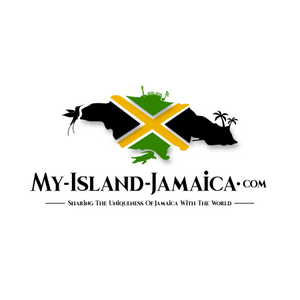 QUESTION about: Jamaican Dress – One People, One Fashion

How do Jamaicans dress before the 21st century.
What also influenced what we used to and now wear.

I have become a keen observer of fashion trends in Jamaica – (I have a two teenagers-male & female, so I am duly serving my sentence).

However I must apologize, I am by no means a fashion critic or fashionista. I watched Campari Style Watch – recent TV programme and I learned fashion lessons there (LOL!).

However one thing is sure every Jamaican thinks he/she has a keen sense of style.
True or not? Well you can decide.

I wonder if there is really a Jamaica dress code. We have our own fashion industry and Jamaican designers are making their mark in the world of fashion both by way of fashion models and fashion designers.

Models like Naomi Campbell, Tyson Beckford and more recently Yendi Phillips are easily recognized, as are model agencies such as Pulse and Saint.

We also have reputable designers such as Uzzuri and Carlton Brown. Reggae and Dancehall music has a good deal of influence over the fashion trends here especially what is worn to street dances. I notice though that some bits of past centuries still remain elemental in Jamaican dress even now.

Before the 21st century Jamaica’s fashion had its roots in colonialism and slavery. Therefore we were largely European in our dress code. These were typically your formal jacket suit and tie which were worn by men and the long dresses/gowns and scarves worn by the women.

Even though to some it seems impractical in our tropical climate some of these elements have remained a fashion staple.

Jamaica was later introduced to the North American culture through the print media, radio and television and also as a result migration. At that time our fashion evolved to incorporate a North American look especially the USA, this too remains.

Migrants would ship or take home barrels of food items and (Yes!) clothing and they still do.

This adaptation, or shift if you will, in the dress code of Jamaicans caused us to more freely integrate denim into our dress as well as the style preferences of the USA and Canada, particularly those associated with film and music.

When we began to be exposed to the Internet we further absorbed fashion tastes of the young and trendy in New York and less of London. Social media explosions have further synchronized us to the music and film icons – most young Jamaicans consider these persons to be highly fashionable – (I often wonder about this wisdom).

Heedlessly they now garb themselves likewise. While we onlookers wonder about their sanity as much as our parents did when our heels got taller and our skirts got shorter.

There are Jamaicans who lean to an African influence and dress in symbolically bold prints, colours and jewelery. Still yet Chinese and Indian descendants, although taking some Jamaican style with them, still dress with cultural reminiscence.

And yes like any other place religious dictates also influence fashion and we are no different.

To be honest my friend, a Jamaican fashionista may look like a New Yorker, a Parisian, Londoner or anything in between. I’ve seen rude boys, hillbillies, hippies and red carpet ready Jamaicans.

Sounds confusing? Well our motto says: Out of Many … One People.

So I guess it’s OK if we say our fashion motto is: Out of Many Influences …one Fashion.

Sharing IS Caring… Its now YOUR turn to…

It tells you each week about the new information that I have added, including new developments and great stories from lovers of Jamaica!

Fashion Is Still Obsessed With Quilting, According to the Fall

Budget Fashionista — Be Fabulous for Less

Vivienne Marcheline Jolie-Pitt Is A Trendy Fashionista In New Photos