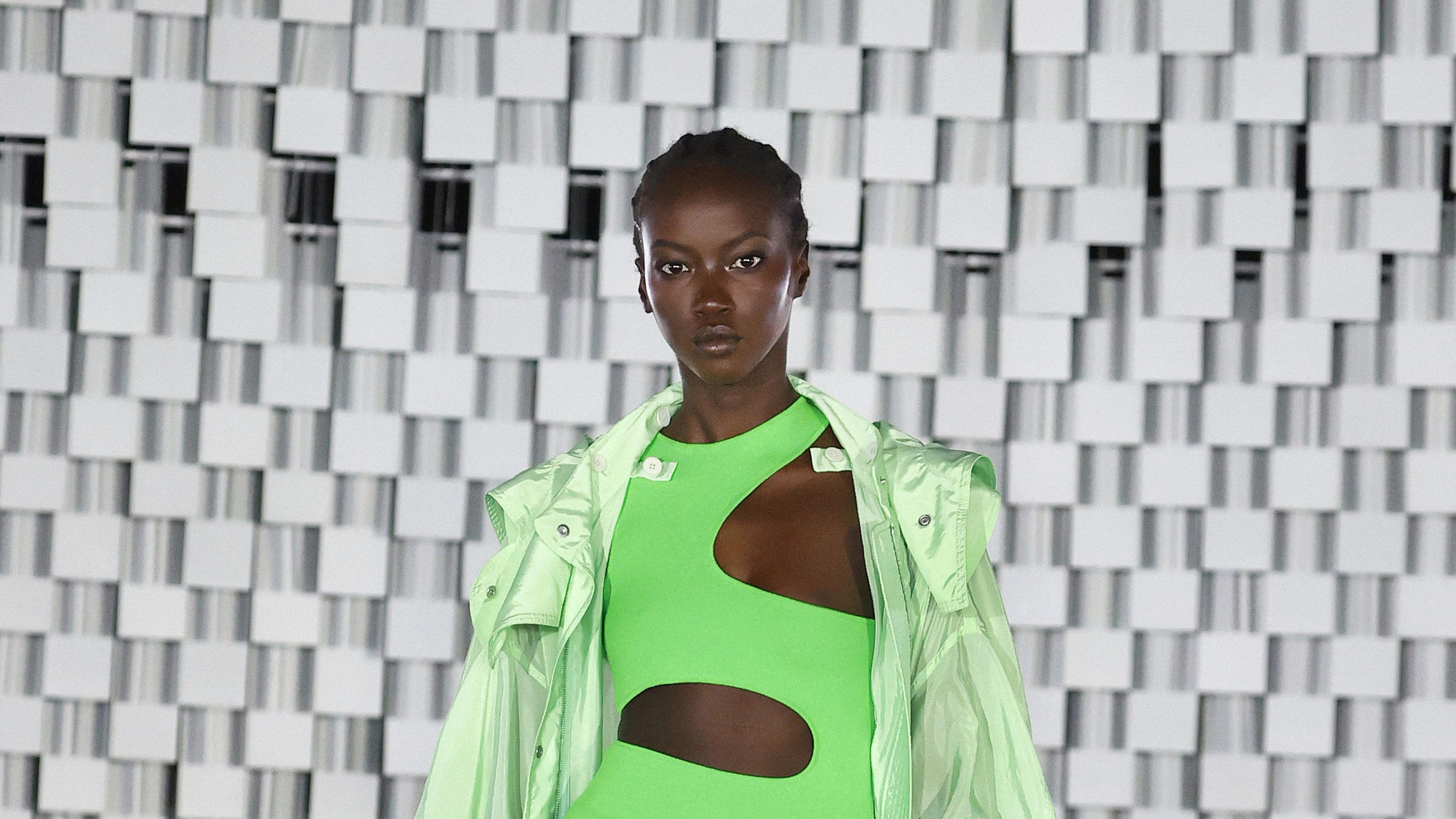 Stella McCartney is doing mushrooms. Tons of them. In fact, she’s so into mushrooms that she decided to devote her entire return to Paris Fashion Week to what she proclaimed to be “the future of fashion.” Presented under an appropriately shaped dome within the Oscar Niemeyer building in the 19th arrondissement, her collection marked the first time a bag made entirely out of so-called mushroom leather has seen a Fashion Week runway.

Making its debut in look 14, Frayme Mylo appeared as a black version of the brand’s existing Frayme handbag. The material was created in the labs of Mylo, which McCartney has been working with since 2017. “The mushrooms are grown in labs, so they use no water and barely any electricity. They are pressed down and formulated into a faux leather,” she explained, adding that four years ago the innovation wasn’t advanced enough to produce a bag. “Now we’re at the point where I feel like I can roll it out. Otherwise I wouldn’t have put it on the runway.”

Inspired by the progress, McCartney covered her collection in a hand-drawn toile de Jouy–like mushroom print and scored the show with a soundtrack made from recordings of high-quality microphones attached to mushrooms during their growth process. It’s no wonder all those mushrooms had an invigorating effect on her collection. Created in record time (“We only decided to have a show about 10 days ago,” she said), there was an infectious sense of impulse and authenticity about it, which hit the post-pandemic sweet spot.

Dresses cut like swimsuits expanded into slinky skirts and evolved into lean jumpsuits. Piped bustiers evoked an idea of corsetry within non-constricting dresses. Fringing used in the context of workwear kept a consistent vibrancy and movement to garments, which—supported by a bright underwater color scheme—made for an energetic, sexy, and quite dramatic wardrobe, which felt optimistic without entering the annoying territory that often comes with upbeat fashion.

“It’s been such a period of transition, and I wanted to project what the future could be like for the house of Stella: a lightness of touch, a slightly more tender approach, still mixing these sporty pieces and the masculine,” said McCartney. Her mushroom bags will be produced in a limited edition of 100 pieces, and—for now—retail at a somewhat higher price point than your average leather bag. “But it’s not killing any animals; it’s not cutting down any trees. It’s the future of fashion if you can get it right, and I think we can,” she explained. “It’s the beginning of something new.”

Stella McCartney Is ‘Begging’ Governments To Regulate The Fashion Industry