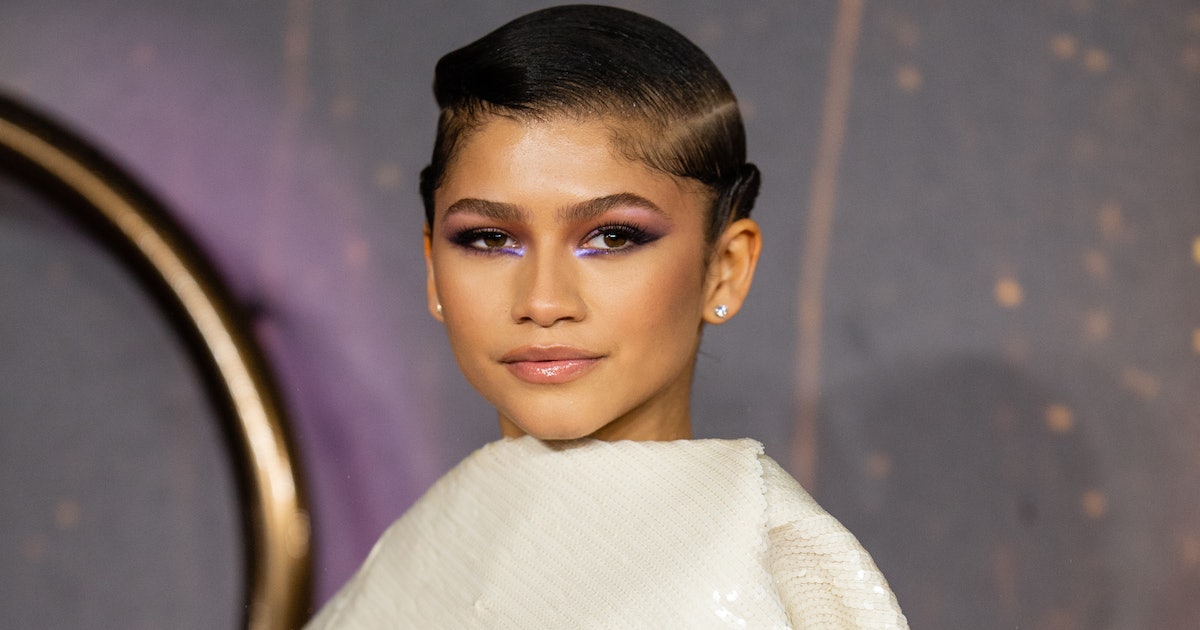 Zendaya’s red carpet style has come a long way. Back in 2010, she wore Target to her first-ever movie premiere and now she attends events while wearing the likes of Versace, Balmain, Vera Wang, and Christopher John Rogers. No matter what fashion house she wears, however, the actor does have specific details she likes. First, she adores a thigh-high slit or a peek-a-boo cutout effect. And second, she doesn’t mind a dramatic moment, whether it be a feathered skirt or a statement collar. These core details are all featured throughout Zendaya’s outfits for her Dune premieres. Her glamorous ensembles will leave you wondering what she else has in store.

Zendaya and her co-star Timothée Chalamet are currently on a press tour to promote their new science-fiction film. Both actors delivered countless edgy and sophisticated red carpet looks. Unlike most stars who gravitate towards wearing just black suits, Chalamet pushed the style envelope with his vibrantly patterned suits. Meanwhile, Zendaya opted for a mix of dramatic gowns and two-piece sets that subtly paid homage to the sci-fi film’s futuristic aesthetic.

Dune will be released in theaters on Oct. 22 and on HBO Max. In the meantime, scroll ahead to check out all of Zendaya’s most fashionable premiere outfits. (Don’t worry Chalamet fans, a few of his stand-out ensembles are highlighted as well.) 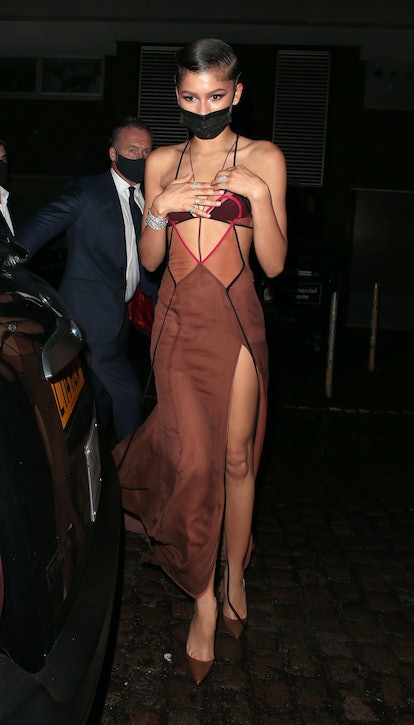 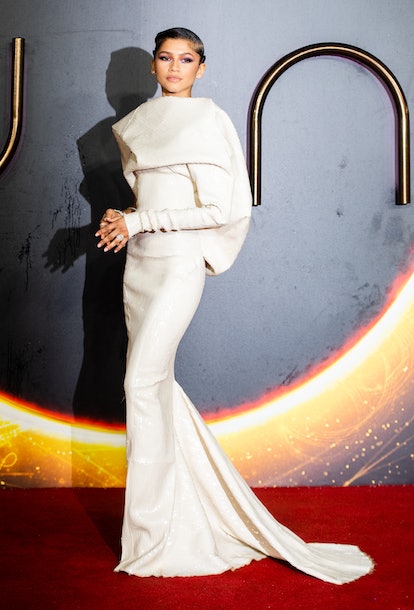 Zendaya loves to a dramatic style moment via the collar or shoulder of her dresses for red carpet events — cue her 2019 Met Gala Cinderella look. This time, for the Dune premiere in London, she embodied Princess Leia vibes and went with a sculptural, off-white sequin gown from Rick Owen’s Fall 2021 collection. She completed the outfit with striking purple makeup, Bvlgari’s Serpenti Viper double-coil bracelet, and diamond rings. 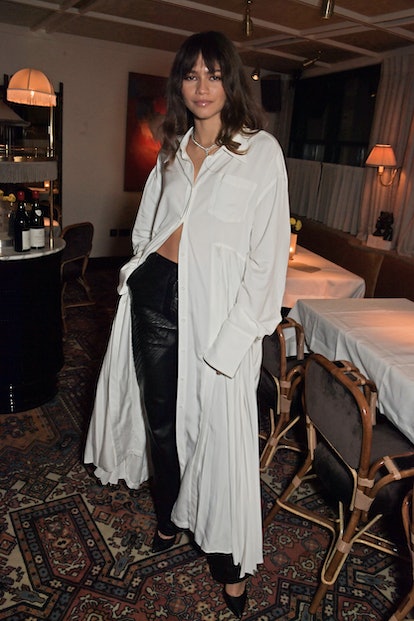 For Dune’s post-screening cocktail reception in London, Zendaya went for a more laid-back ensemble. She wore a floor-length, white Peter Do button-down top with high-waisted slim black leather pants. In usual Zendaya fashion, she wore a glittering necklace from Bvlgari. (She’s an ambassador for the luxury jewelry label.) 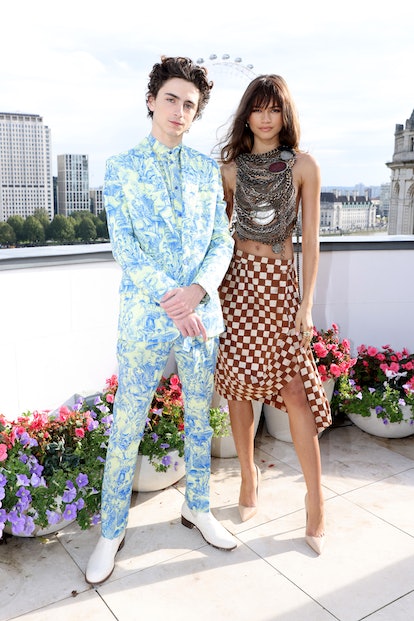 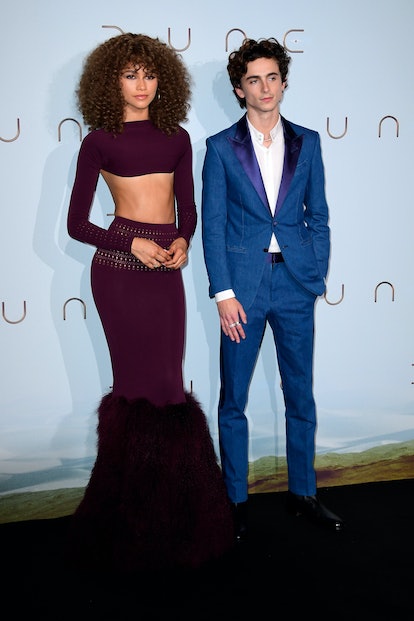 The Dune co-stars are indeed a chic pair. Zendaya wore a sophisticated two-piece plum set by Maison Alaïa at the Dune photocall at Le Grand Rex in Paris. She paired a long-sleeve cropped top with a high-waisted, figure-hugging skirt that featured a feather bottom. Chalamet looked dapper in a blue Tom Ford suit and black dress shoes. 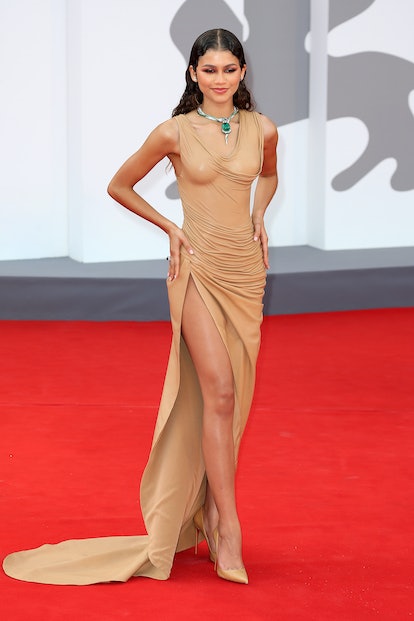 At the 2021 Venice Film Festival, it was hard to say which item in Zendaya’s outfit stole the show: her wet-look Balmain dress or her Bvlgari 93 carat Hypnotic Emerald green necklace. (Fans will agree both pieces contributed to making this ensemble an iconic red carpet moment.) She looked stunning in her desert-toned dress, which subtly paid homage to Arrakis, a desert planet in Dune. 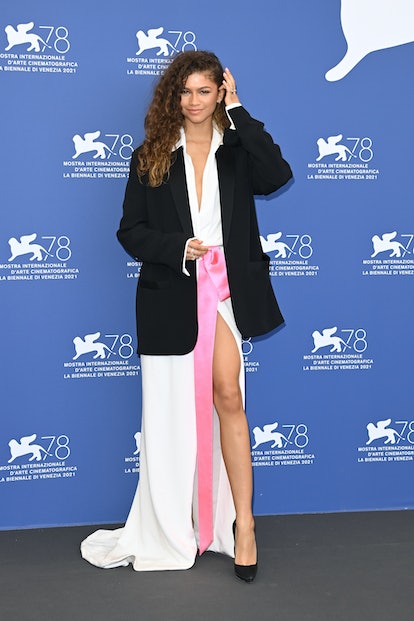 Zendaya wore a dressy yet comfy outfit for the Dune photocall at the 2021 Venice Film Festival. She stepped out in a white Valentino Haute Couture ensemble, which featured a pink belt for a pop of color.

Vivienne Marcheline Jolie-Pitt Is A Trendy Fashionista In New Photos